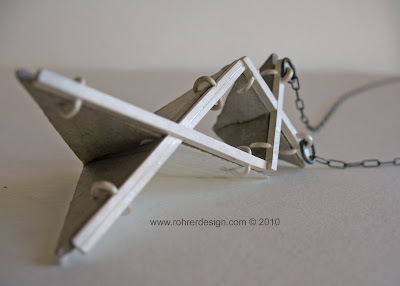 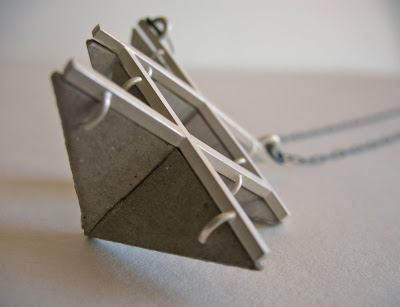 side view of Crossbuck necklace
100% recycled paper and sterling
2009 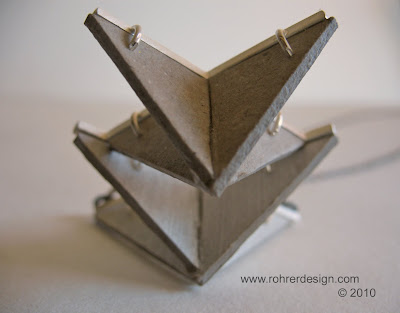 This month, the show Via Penland is coming to a close at REBUS WORKS gallery in Raleigh, NC. The Crossbuck necklaces pictured above were included in this year's show. They are made of 100% reclaimed artist's board, 100% recycled sterling frames, and hang on long oxidized sterling chains.

Rebus Works does a wonderful job of exhibiting contemporary craft and art, and were lovely enough to give me a two person show in the summer of 2008. Shonna and her staff showcase craftspeople really beautifully at the gallery, and I recommend checking out their site. This year's Via Penland show featured two woodworkers with a past connection to Penland School of Crafts, and my pal Sylvie Rosenthal was one of them. 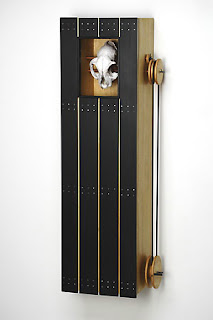 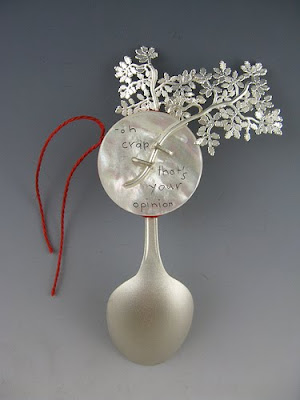 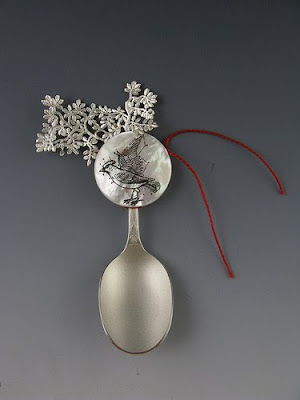 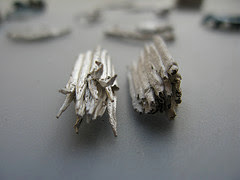 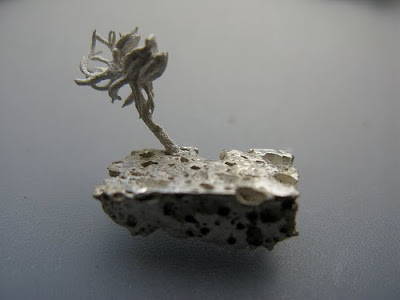 Today, some images from Kristin Beeler, who has a site that you can travel to for more images and information.
No comments: 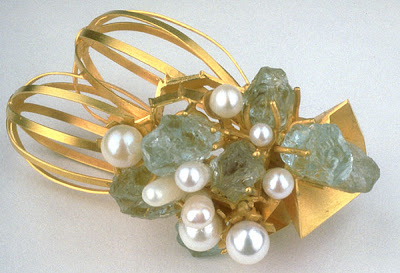 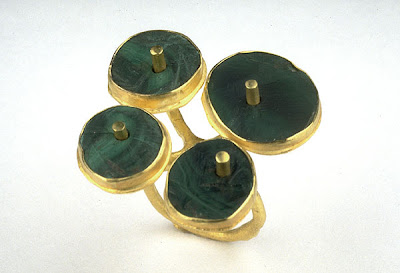 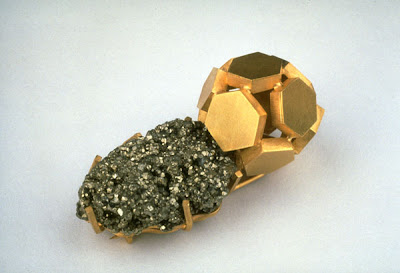 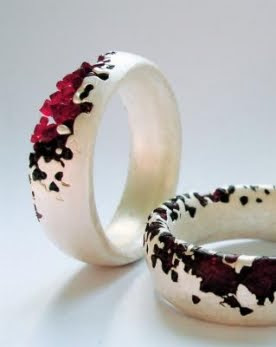 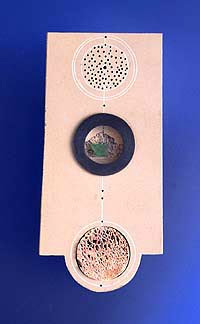 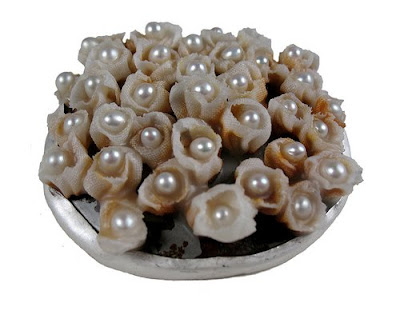 Sharon Massey,
bursting brooch
steel, cotton muslin, silver, 14k gold, freshwater pearls, beeswax
Well, I have never had much of a sweet tooth, preferring to take in the majority of my candy through the eyes. So, in honor of national eat-whimsically-shaped-molded-candy-chocolates-day on the 14th, I will be posting images of jewelry that I love to look at, so that you, too, can get your fill of sweet, sweet studio jewelry.

The pieces are all made by contemporary jewelers worldwide: artists who I know, wish I knew, have heard of, or have found in the interspace. I'll try to include 2 images minimum of each mouth-watering artist's work. Today seems to be about the lovely color white. 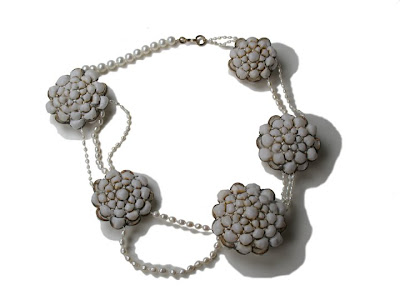 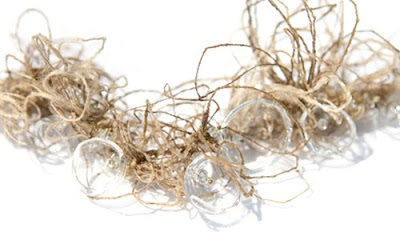 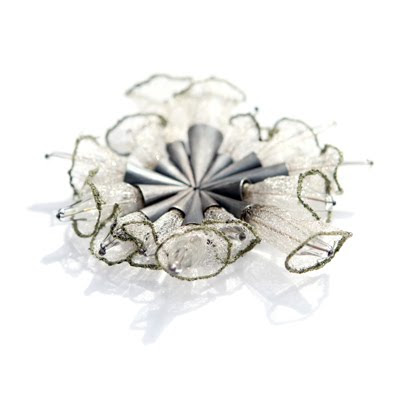 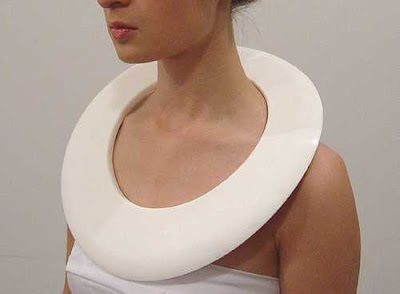 Check back for more this week! 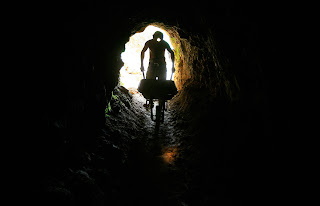 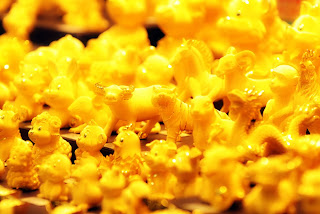 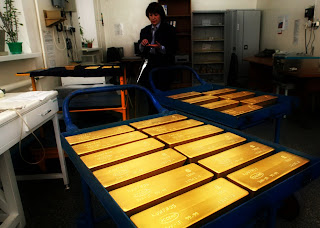 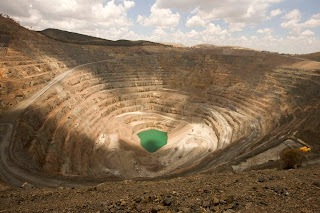 I was led to an amazing group of images about gold by the organization Ethical Metalsmiths...more on them in a moment.

The images show gold, in its many forms, all over the world, and originally appeared in a Boston Globe online blog by Alan Taylor, The Big Picture: Gold. I encourage you to see the link for the full series, of which there are several dozen, including the world's largest bar of gold, our obsession with gold captured in many forms, and the stages of the mining process which are so damaging many communities.

Ethical Metalsmiths is " a non-profit organization dedicated to connecting people to responsibly sourced metals and gemstones," which was founded, and is supported, by metalsmiths.

They, along with many metalsmiths like myself who have committed to using only recycled gold and precious metals, (refined in the U.S.), seek to raise awareness about the lack of regulation in the international mining community, and about the fact that the amount of gold which exists currently in usable form far exceeds the amount needed to support the current jewelry industry.
No comments:

images of my work

This is a Flickr badge showing public photos and videos from Rohrer Design. Make your own badge here.

check out my shop!

oh! my heart hoops are luved.